Houses of Worship Reconsider Their Real Estate During Pandemic 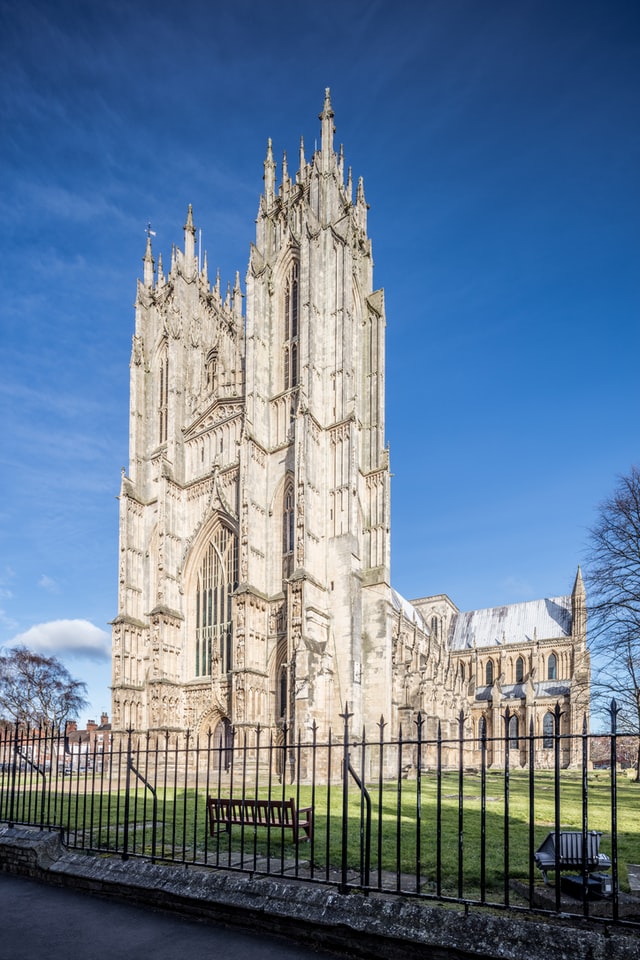 The biggest low-profile landowner in Florida is The Church of Jesus Christ of Latter-day Saints of Salt Lake City. The devoutly private faith is known to have at least 630,000 acres, including the massive Deseret cattle ranches in Central Florida.

The church seems to thrive with for-profit businesses they keep separate from their tax-exempt temples. But they're not typical.

"They've paid prices that other churches would not pay. Most churches have to raise their money on their own, they're not able to operate like that," says John Muzyka, a church real estate broker based in Texas, where the Mormons also have significant land holdings. "It's a unique situation."

In Florida, some other houses of worship have an uneasy relationship with their earthly riches. With membership declining, religious institutions that own valuable property can find themselves in a bind: Do they sit tight and dwindle, or reimagine their mission and downsize strategically?

"I use the word 'right-size,'" Muzyka says. "A church's building is just a tool for people to accomplish its ministry. Older churches were built in a different season and the buildings were built for a different kind of ministry."

"Sometimes selling or redeveloping is the right choice," he says. Given deep personal ties to the place where they married, were baptized or mourned a loved one, "a lot of times people say, 'Why would we ever sell?' But if the building doesn't facilitate for the ministry, you might need a new tool, a new location."

In the depths of the pandemic, when services went online, participation expanded – but at a price. "There is a need in the church to gather together. That's what the church does," Muzyka says.

All religions unite their faithful. In Florida, 70% of adults identify as Christian, according to a recent Pew Research Center survey. Evangelical Protestants comprise the largest segment at 24%, and 21% are Catholic. Out of 6% non-Christian adult Floridians, 3% are Jewish; Muslim, Buddhist, Hindu and other world religions each account for under 1%.

But organized religion has been losing ground, another national Pew survey shows. In an October 2019 update on religious affiliation and practices, 65% of U.S. adults described themselves as Christians – down a dozen percentage points since 2009.

Overall, membership dropped from 71% in 1985 to 47% in 2020, Harvard University historian Jill Lepore wrote in the May 24 issue of The New Yorker. She cites this broken spiritual connection as one reason for "the astonishing rise and spread" of personal burnout.

It's also one of the factors driving Florida's hallowed real estate market.

"When COVID hit, that was gas on the fire of a trend that was already occurring – churches looking at themselves and saying, 'How can we be more productive?'"

Some gave up and closed. The rest had to do more for their communities, such as opening food banks, with fewer offerings, tithings and fewer other means of support from financially strapped members.

In Florida, one obvious alternative funding option is the creative use of real estate. "There's hardly anywhere you can go where there's not a tremendous amount of growth," says Messier, whose commercial real estate firm has five offices in the state and another six in the Southeast, Dallas and Los Angeles.

"You just have a ton of influx and a strong demand," especially for property zoned for multifamily residential and industrial construction, he says. No wonder developers are making hard-to-refuse offers to churches in desirable neighborhoods with favorable zoning.

For their part, church leaders ask, "Is there a way to unleash or leverage our real estate so we can continue with the mission?" Messier says.

As in the business world, the coronavirus pandemic has forced religious institutions to adapt to technology. Some adaptations are sticking permanently.

"It's very dynamic," he says. There are joint ventures and mergers. Multisite churches close some sites. After scaling down, the remaining space can be put to better use for the greater community's needs every day, not just on the Sabbath, according to Messier.

Sometimes the properties become successful destinations, in the spirit of exotic wedding locations or airports with full-size retail malls.

Messier described a Christian and Missionary Alliance combination event and wellness center and coffee shop in Reynoldsburg, Ohio, that's been likened to a student union. He says Salem Alliance Church in Salem, Oregon, did something similar and became a gathering place for the local community.

"It's not just a matter of putting a Starbucks in here, but can we think about how to better utilize the real estate, not just for us but for the community. And that's a great trend," Messier says.

"I do think we're gonna see an increase of property for sale," he says. "Typically a church sells off a piece of land they don't need, like the parsonage next door. They don't do that anymore."

But even when property is vacant or little used, "it's really difficult to let it go because it's way more than bricks and mortar. There's so much emotion tied to the building," Messier says. "It takes time for churches to make that decision."

And the prospect of selling off church land can be what his fellow broker Muzyka calls "tumultuous" for a congregation.

The 114-year-old church has 7 acres of prime downtown real estate, debt and a dwindling congregation. Yet the idea of selling off parcels of underused property is so divisive, it's discussed only furtively.

First Baptist is split between supporters of the head pastor and a significant group of dissident congregants who have been forced out or left voluntarily, including longtime members and leaders. They criticize what they say is the pastor's top-down management style and spending choices, especially his decision to end a popular Christmas pageant after 36 years.

The church is under formal compliance review by the Evangelical Council for Financial Accountability. ECFA regulates its 2,560 members through the power to suspend or terminate their accreditation.

That stamp of approval has value, ECFA President Michael Martin wrote in response to emailed questions. "Accreditation is a tangible demonstration to a member's donors, and a watching world, of the member's commitment to the highest standards of financial integrity, transparency and accountability."

Generally, real estate dealings are not an area of concern for the council, according to Martin. "In some cases, it may be a matter of good stewardship for a church declining in membership to 'right-size' its facility to better match ministry needs," he wrote.