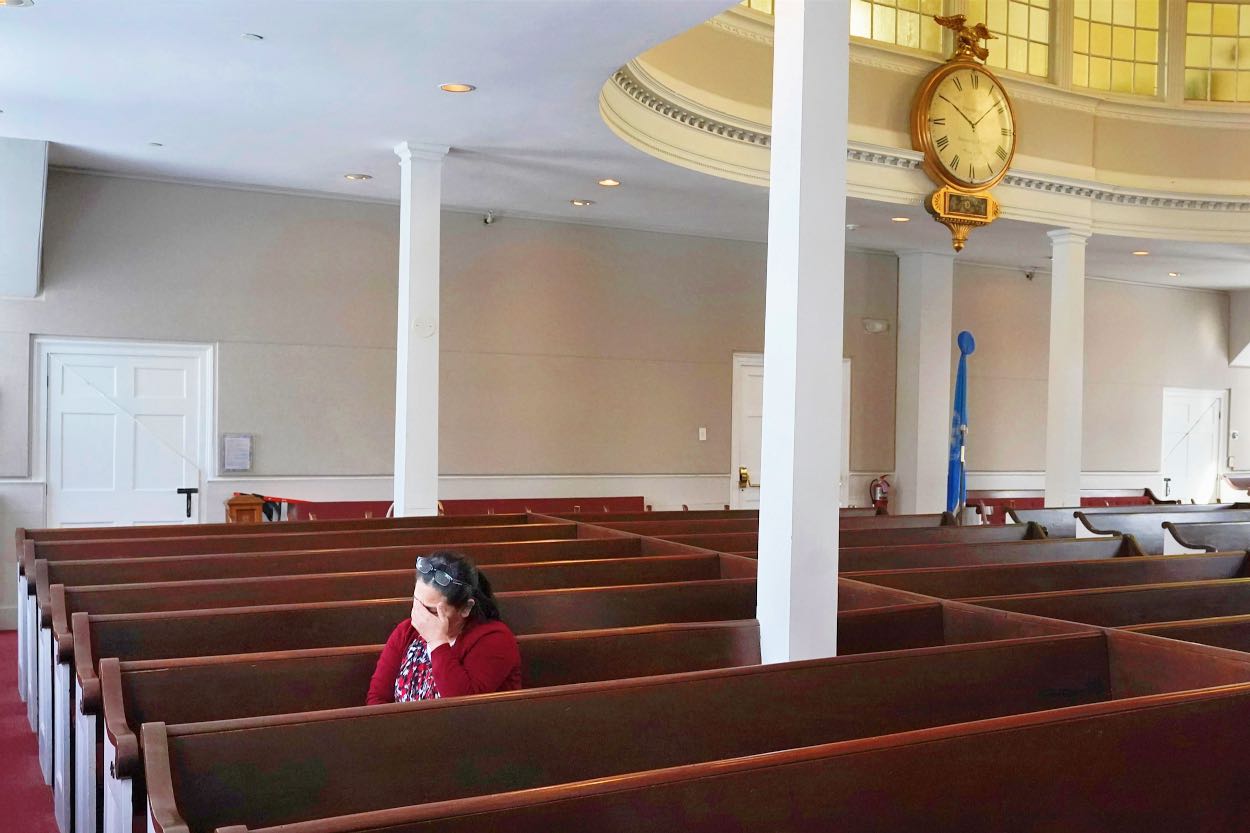 For the most part, Judson Memorial Church, located next to Washington Square Park, blends into its surroundings, but as soon as you approach you realize this isn’t your average church.

"If we saw two men wearing badges come in, we would immediately hit our internal cell phone alerts," said Rev. Donna Schaper, the Senior Minister at Judson, "and all 50 of us would be out there, escorting those gentlemen out."

Judson is a sanctuary church, which means that at times it houses undocumented immigrants who face deportation and seek a safe haven, or at the very least have come in for counseling. Schaper said there is a perennial fear that federal immigration agents will enter the premises, unannounced.

But beyond security, sanctuary is a big, complicated endeavor. And it's rarely used. While an esimated 800 religious congregations in the U.S. have joined the sanctuary movement, Church World Service estimates only 32 of them are publicly housing people at risk of deportation.

"If somebody comes and stays within your house of worship, and is wanted by the law for instance, what does that mean for your congregation, your safety?" asked Sunita Vishwanath, an activist with the progressive Hindu group Sadhana, which enlisted a temple in Queens into the movement. "Does it in any way compromise you and your institution? These kinds of questions come to mind when people consider this question of sanctuary."

There are also questions for an immigrant considering sanctuary. Namely, are they really willing to subject themselves to it? Stacey is an undocumented immigrant from Jamaica who didn't want to give her real name. She spent a month in sanctuary at Judson Memorial Church.

"You're not really able to enjoy spring, or summer, or fall if you like fall, or if you have a family you can't take your kids to the park, or you can't take your wife on dates. You can't have those family moments that a typical individual would have. It really is, in a technical sense of the word, like a physical prison. But that's your best option."

Stacey observed another undocumented immigrant, and realized that his time in sanctuary "broke him down" over time.

For these reasons, Rev. Schaper said she interviews applicants for sanctuary, to ensure that they’re resilient.

"You also don't want them in your space if they're going to steal from you, or break things, or be messy. Or have a dog," because the individual wouldn’t be able to take the dog out for walks.

As it is, sanctuary means that dozens of people could be helping take care of you and your family's various needs. Jazmin Delgado works with the New Sanctuary Movement of Philadelphia, which is helping support Carmela Hernandez and her four children at the Church of the Advocate.

“The children, for example, are very used to Mexican home cooking, so our team makes sure that they deliver ingredients that Carmela can cook with,” said Delgado, who estimates that at least 30 people are working on a weekly basis to support the Hernandez family.

Aside from food, some volunteers take care of the family’s medical needs, while others are strategizing how to carpool the kids to school without drawing the attention of immigration agents.

For Stacey, this daily show of support is a silver lining of sanctuary. It isn’t simply a place where someone can evade the law, but a community of well-wishers, people you can talk to or have a cup of coffee with in the morning.

"Who make you feel like a dignified human being again."