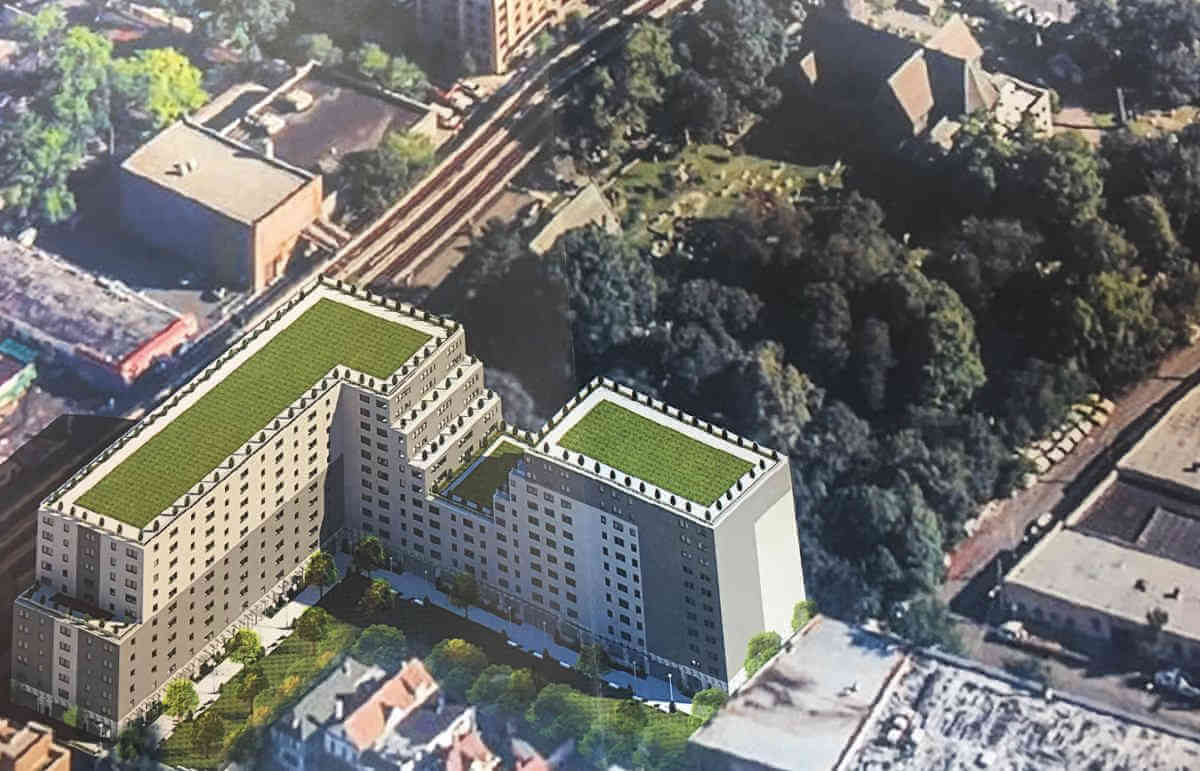 A major new development may be coming to a site west of Westchester Square, but not without some grave concern.

While the project, which is planned on land owned by St. Peter’s Episcopal Church in Westchester Square, will definitely go a long way to addressing the current housing shortage, the community is convinced that the site was formerly a 17th century gravesite.

The historic landmarked church’s development partner revealed its plans for an 11-story affordable building project to Community Board 10 at a recent Housing and Zoning Committee meeting.

Preliminary plans have the building rising in two phases on the church-owned parcel it plans to lease to the developer, Bluestone Organization, at 2450 Westchester Avenue.

The entire project will bring approximately 363 new apartments to the area.

Early plans show few on-site parking spots will be included in the project.

Jason Labate, St. Peter’s attorney, told the Bronx Times that the church is about to sign a 99-year lease that will raise the needed funds to complete deferred repairs on its historic church site and develop programing that meets the needs of parishioners and the larger community.

“Really, the expectation is (for the church) to support itself and its role in the community in the long term,” said Labate.

Labate said it was critical to the diocese that the church maintain ownership of the property and that it be a ground lease.

He cited the church’s presence in the community dating back to the 1600s as a reason, adding that the most-current church was built in the 19th century when the Episcopal congregation was more affluent and larger.

Aside from the scale of the ‘as of right’ project in an R-6 zone at the corner of Westchester Avenue and Herschell Street, CB 10 is still working with the Landmarks Preservation Commission to determine whether the site, located next to the historic church and churchyard, is landmarked like the rest of the property at 2500 Westchester Avenue, said Matt Cruz, CB 10 district manager.

“Many believe that the (entire) property is landmarked,” said Cruz, adding that the board was concerned about the building size, which would be taller than any nearby structure.

The plans as presented at a Monday, January 7 CB 10 Housing and Zoning committee were preliminary, said Cruz.

The board asked the church to come back when plans are more settled and unconditional, he said.

Cruz said that the laws regarding landmarked properties would make it difficult to develop the land if it is landmarked.

The development is committed to a portion of the church property known as ‘Building Lot 6’.

Casey said that as far as is known, about 75 bodies were buried in a Quaker burial ground in that general location, dating back to 1672.

Quaker cemeteries in many cases don’t have headstones, he said.

Labate said that the church extensively researched and studied the proposed location, and determined that there aren’t any graves present at the proposed site.

He stressed St. Peter’s takes these matters seriously since it maintains its own historic churchyard.

Some CB 10 board members, like Bob Bieder, were supportive of the church’s plans, saying that the church does good work and needs funds to maintain its mission.

Others, like Andrew Chirico said that the scale of the project, parking concerns and the need to outreach to neighbors were all weighing on his mind.

Calls to the Bluestone Organization were not returned.